Hi, my name is Stephen.

I wrote a book with my friend Brooke called The Wizard of god. It is an allegory about hungry, lost people searching for food, and for home. It is my story, Brooke’s story and the stories of our friends. Maybe it’s your story too.

Here is part of my (real) story… 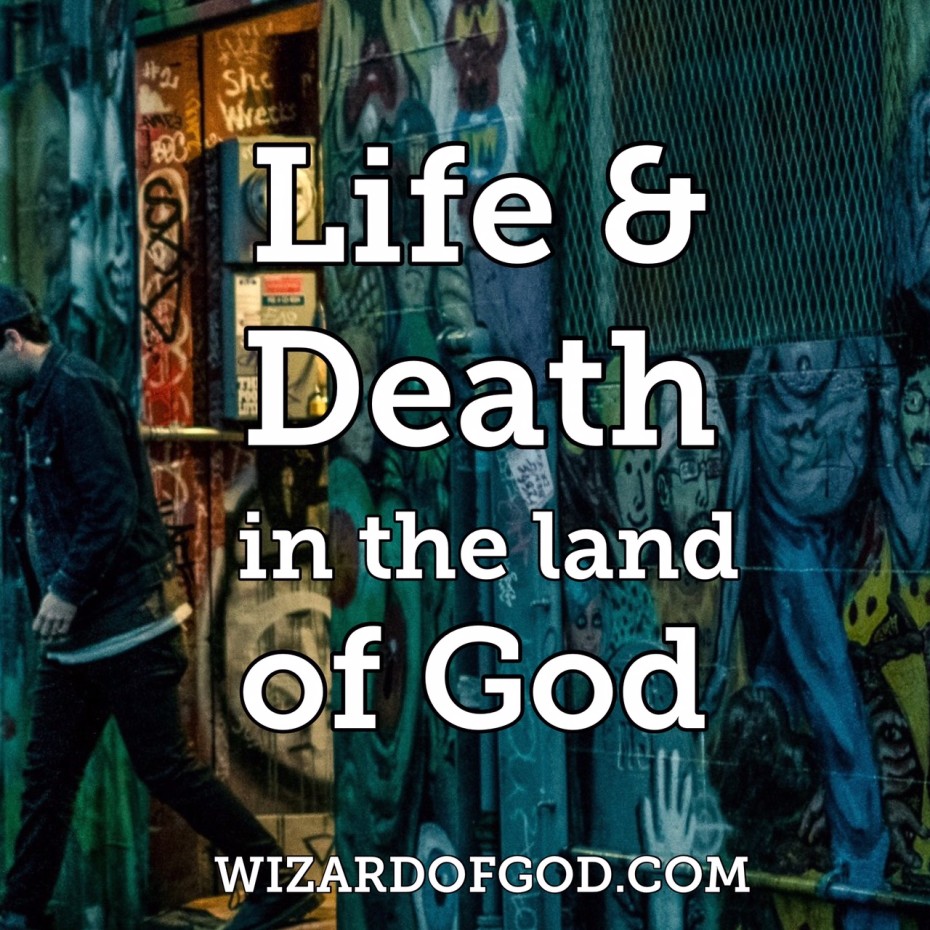 The Day My Life Went to Hell

One perfectly normal Saturday afternoon when I was 17, my mother made me a sandwich, then went into her bedroom, closed the door and killed herself.

She and I were the only ones in the house at the time. I was talking on the phone (back when they hung on the wall) with my girlfriend when I heard the shot. I dropped the receiver, ran into the bedroom and found her lying on the bed with a gunshot wound to her chest. She had gospel music playing on the record player, and what was left of a six-pack of warm beer that she kept under her bed.

Everything changed in that moment in time.

We were very poor, my mother didn’t drive a car and my father wasn’t really in the picture. Let’s just say we weren’t church people.  At the funeral in a church, just off the dirt road near where she grew up, I overheard two ladies saying how it was such a shame Jeaneath was in hell. Yep, a one-way ticket to hell is what the bible taught was the ultimate destination of suicides. It sure was comforting to hear this.

I don’t remember being angry towards the God my mother told us was real. Overwhelmed with grief, I do remember telling God if my manic-depressed, pitiful, loving mother was in hell, He could send me there as well. Honestly, I don’t recall taking seriously what the ladies said about my mother’s fate, and as a result, about God. The hell they spoke about was abstract. Mine had just begun.

A Zombie Desperate for Love

I won’t attempt to convey the pain I experienced during this time or in the years to follow. Years later I discovered I had subconsciously determined to protect myself from ever again being hurt so deeply. The problem with my self-protection plan was that I craved love as intensely as I feared opening myself up to receiving it.

I craved a mother’s kind of love, the unconditional kind, which I lost forever that perfectly normal Saturday afternoon.  I was totally screwed up.

A person in my condition was a real danger to himself and others. Being desperate for love, but incapable of giving and receiving it led me (and those close to me) on a long and winding trail of pain. I was like the walking dead, consuming “flesh” in a vain attempt to find a life.

Over time I learned how to function, and became a socially acceptable zombie, and in my early twenties, I landed a decent job. One day a co-worker blurted out, “You should try coming to my church.”

Church? In theory, I’ve always believed God was real, but church? I didn’t have a religious bone in my body. But I saw something in my co-worker, something that drew me. He wasn’t a zombie. He was alive.

So, I went to church.

Fast-forward, many years spent attending church “services.” I still didn’t have the least interest in religion. I didn’t get it. I just didn’t have anyplace better to go. But in the midst of it all, I was seeking.  I was hungry and thirsty for something (Someone) that I felt was seeking me as well.

One amazing, ordinary day, Love broke through the noise that rang in my ears, day and night. Actually, this process was like a slow dawning. Light had been penetrating my darkness and illuminating my soul. In the stillness, I heard the voice of Love, the voice of God, calling me home.

My mother’s last act of love on earth was to make me a sandwich. God had prepared a feast for me, and I saw Him waiting at the table, smiling, gesturing to an open chair next to Him.

No explanations, no questions, no answers, no words were needed, there was only the banquet, and the only thing to do was dine.